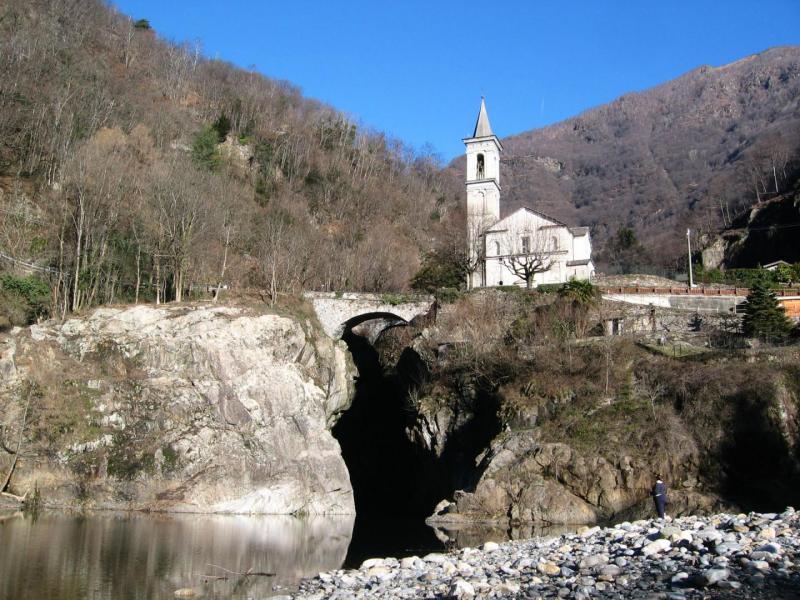 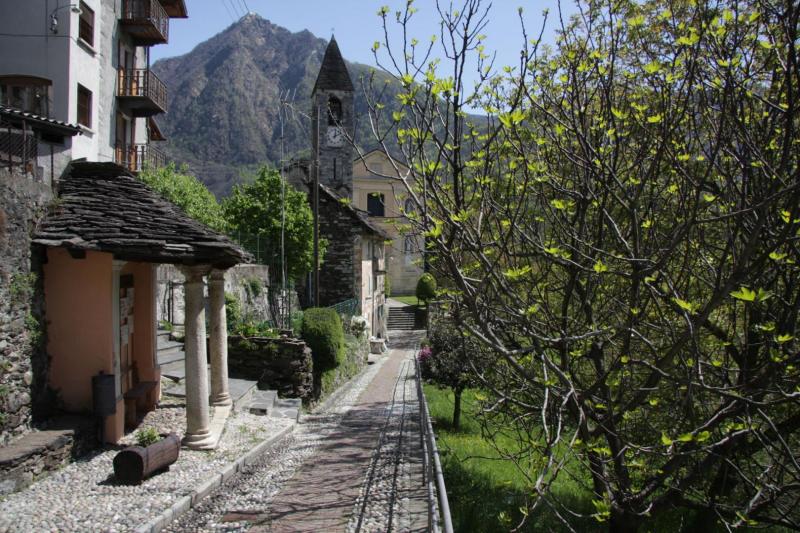 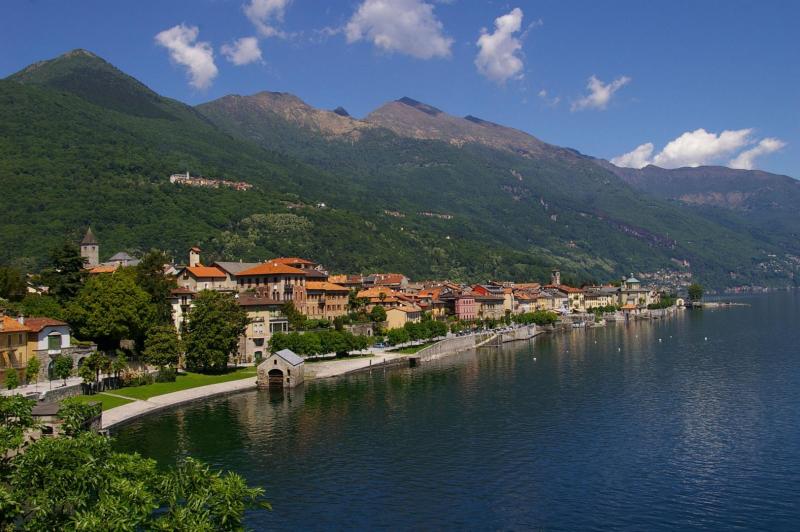 Shortly after the church of Orasso you take the mule track that descends to cross the stream and then goes back up the hillside until it crosses the road to Spoccia. Walk along the slightly uphill road for about 600 m and then take the mule track that goes down to cross the valley and keeps to the hillside for a long stretch. Shortly before Gurrone, turn right and continue towards Cavaglio, go down to cross the stream and continue along the hillside until you come to the remains of the "della Torre" chapel, where a fortification erected by the Mazzarditi brothers, champions of raids and killings in 15th century Cannobio, was built. Continuing further on you reach the "di Coss" chapel, behind the village of Traffiume, where the path along the Borromea road ideally ends. From Traffiume you go down to Orrido di Sant'Anna, a spectacular gorge dug into the rocks by T. Cannobino and you take the cycle/pedestrian path that runs along the Cannobino stream on the left bank until the second bridge, then you cross the entire centre of Cannobio on internal roads to the lakeside.

The particularly fascinating territory of Valle Cannobina still preserves the unspoilt appearance of the past. The landscape is marked by the testimonies of traditional rural life, based on subsistence farming. The villages are characterised by unexpected views, ancient houses with votive paintings on the façades, small squares, rustic stone fountains, which can be discovered by walking along the narrow pedestrian streets. Some panoramic viewpoints allow you to look towards the other side of the valley with the wild mountains of the Valgrande National Park. In Traffiume, before Cannobio, the Cannobino stream has dug a spectacular gorge, the Orrido di Sant'Anna. Cannobio is the last town on the Piedmontese shores of Lake Maggiore before the Swiss border. Because of its geographical position, it was an important strategic and commercial junction that is still well represented today by the presence of numerous XVII-XIX century buildings that overlook the cobbled streets of the old town centre, such as the sixteenth-century residences of Palazzo Omacini and Palazzo Pironi.