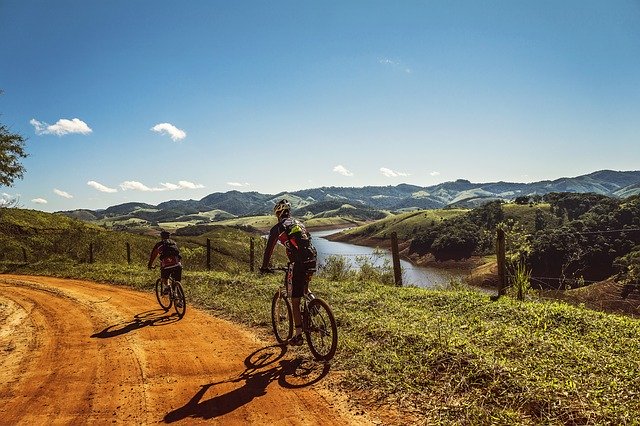 An itinerary of 320 km that connects the hills of Monferrato to the Sanctuary of Oropa in the province of Biella. Eight stages, all with departure and arrival in areas served by the railway lines allowing use of the Train+bike service.

Another short hilly stage, aesthetically perfect, one of those routes that we never want to see the end of, which we can make more challenging by visiting the many castles in the area. Even before leaving Ovada crossing the River Orba, we can go uphill to the Castle of Tagliolo Monferrato surrounded by its medieval village (r/t 4.7 km).

Following the River Orba downhill we soon arrive at the foot of Rocca Grimalda, a short but steep climb takes to the Castle. Let's enjoy the flat route to Capriata d'Orba, which preserves remains of the fortifications of the 10th -12th century. From here, the route continues with ups and downs through the vineyards, with short steep slopes to the arrival point. Along the way, we will encounter in order: the Castle of Francavilla Bisio, of Tassarolo and of Pasturana.

The Museum of the Campionissimi awaits us in Novi Ligure. It is considered to be the greatest tribute to the history of bicycles and cycling, as well as to the two top champions Fausto Coppi and Costante Girardengo, who came from these very lands.

Note: pay attention to the traffic coming out of Ovada along the SP 185. Between Tassarolo and Pasturana there are 2 km of dirt road marked as a cycle route, the surface is in fair condition.