11 #PiemonteStories: a day in Vercelli 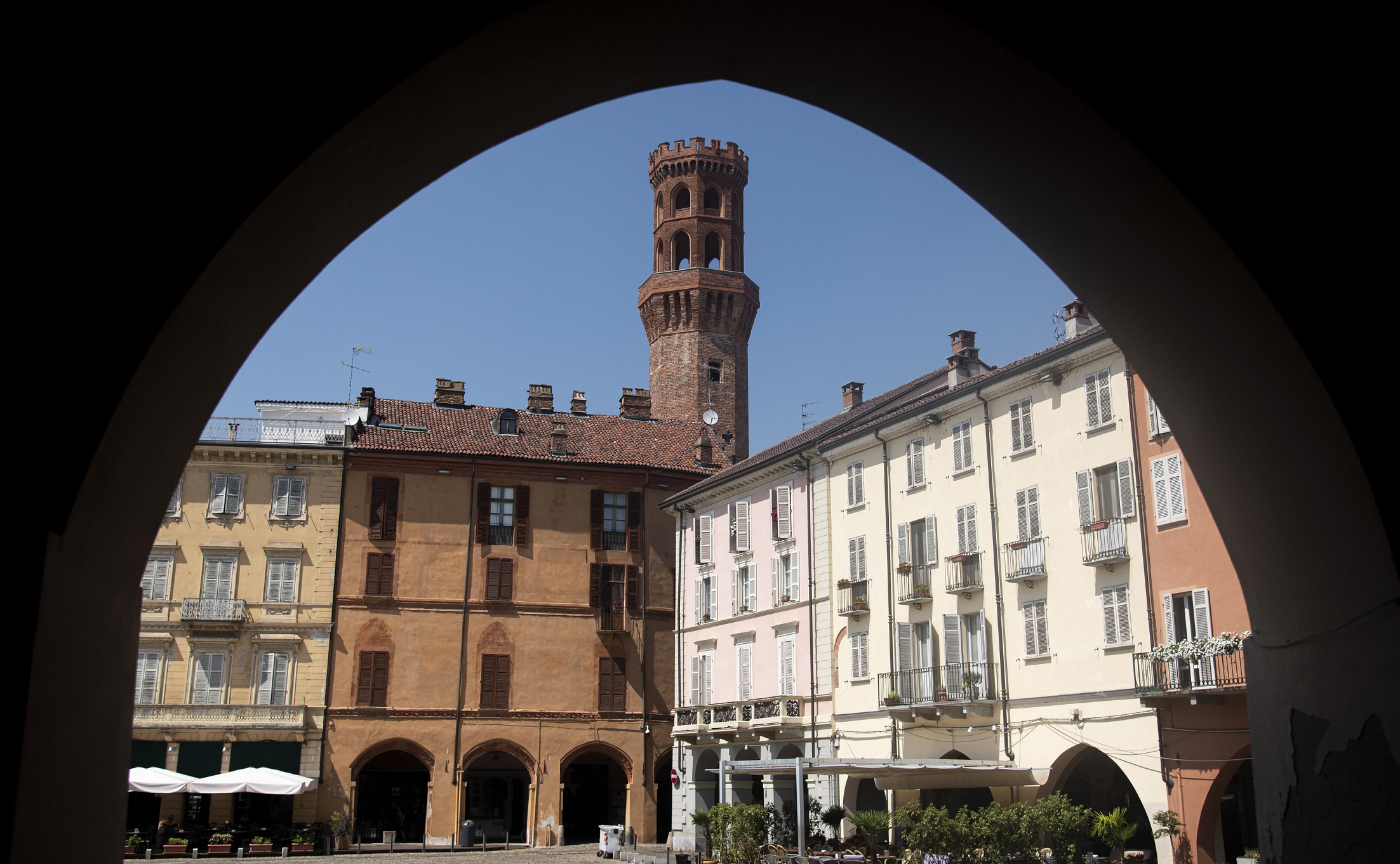 To discover Vercelli, we can look back at its history and imagine it being inhabited by different civilisations: from its founders, the Celts, to the Romans and the barbarians. In the Middle Ages, Vercelli was a town in which pilgrims stopped on their journey from Canterbury to Rome; in the 20th century, it was the European capital of rice, the headquarters of the Rice Stock Market, but also an important social laboratory.
In Piazza Cavour, the central square and possibly the seat of the ancient Roman forum, the monument to Camillo Benso reminds us that the first president of the Cabinet of the Kingdom of Italy was responsible for building the Cavour Canal, which gave a great boost to the cultivation of rice. But towering above the "refined society parlour" of the city embellished with frescoed lodges, is the Torre dell'Angelo, shrouded in legend and maybe the only remnant of an ancient 15th-century tower house; the artifact belongs to a system of civic towers which, together with private ones, make Vercelli the only turreted city of Piedmont. The Basilica of Saint Andrew is an extraordinary symbol of the Middle Ages; it is a precocious example of Italian Gothic architecture, where polychromatic marble is inspired by Cistercian models. An interesting historic fact: it was here in its chapterhouse in 1310 that peace between the Guelphs and the Ghibellines was settled, in the presence of emperor Henry VII. In addition, its museum houses the "Vercelli Book", the only book dating back to the end of the 10th century, written in ancient Anglo-Saxon. Worth visiting are Vercelli Cathedral with its monumental crucifix made in the year 1000; the church of Saint Christopher, nicknamed the "Sistine Chapel of Vercelli" for its entirely frescoed interior space; and the Moorish-style Synagogue, a symbol of Jewish presence in the city. The former church of Saint Mark, which has undergone skilful architectural restoration, houses the exhibition hub "Arca", which has hosted important exhibitions organised in collaboration with the Guggenheim Foundation. In Vercelli, you cannot miss the Broletto (town hall) and its tower; the Borgogna Museum, the second most important art gallery of Piedmont; the Pharmacy Museum, an interesting site which tells the story of the 200 years of this branch of medicine; and the MAC - the L.Bruzza Civic Archaeological Museum. Worthy of mention is also the thirteenth century Viscount Castle built by Matteo I Visconti, which today houses the Court. While enjoying a pleasant break on your exploration of Vercelli, trying the traditional panissa made with rice, beans, salam d’la duja (traditional pork salami) and pork rind while sipping on a glass of Gattinara DOCG, Vercelli's Nebbiolo. And to cap it all off, treat yourself to fragrant Bicciolani, spiced biscotti infused with cloves, cinnamon, cardamom, coriander, white and black pepper: a secret recipe rediscovered in the eighteen hundreds, but which may date back to the Renaissance.