The Giro d'Italia starts from Piedmont 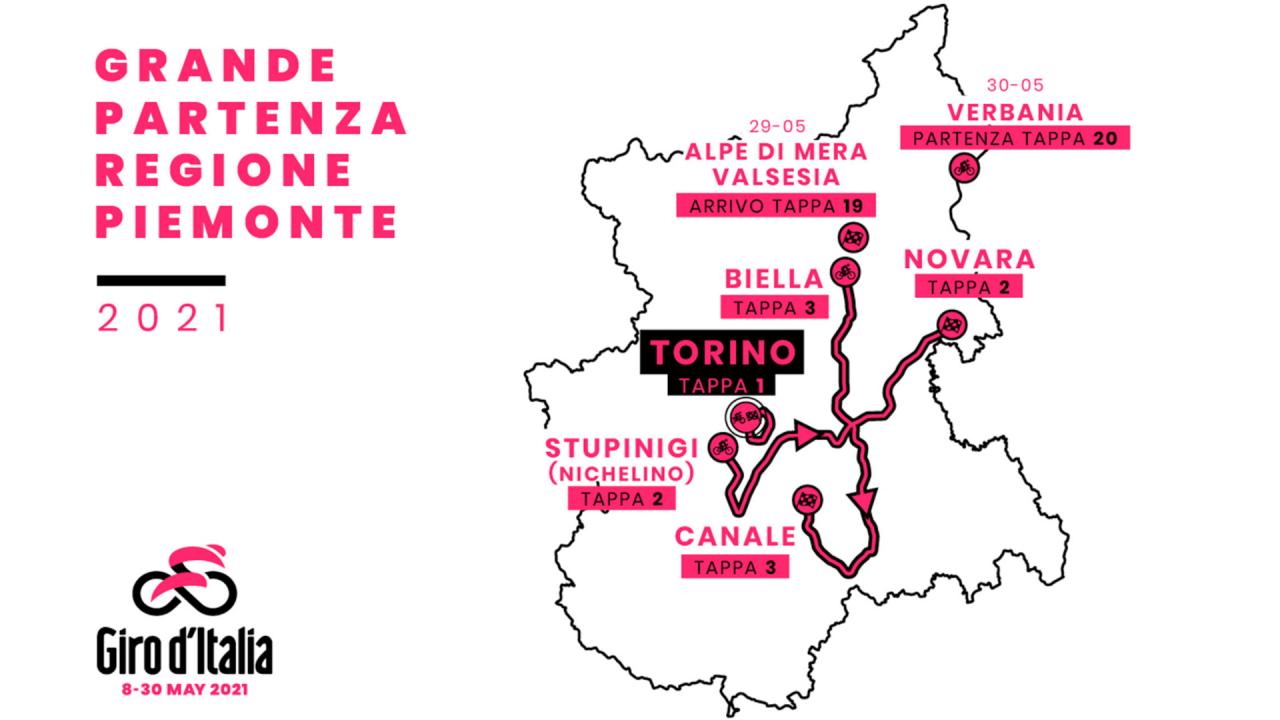 Turin and Piedmont will be coloured pink! After 10 years and on the 160th anniversary of national unity, the Grand Departure of the Giro d'Italia returns. The emotion of one of the greatest cycling competitions in the world will cast its spotlight on our region for five stages.

On Saturday 8 May, the streets of Turin will be the protagonists for the 9 km individual time trial. Dedicated to sprinters, the second stage on Sunday 9 May is 173 kilometres from Stupinigi to Novara. On Monday 11 May, the departure is from Biella and the arrival is in Canale d'Alba.

The Giro will then return to Piedmont in its final part: on 28 May, with the uphill arrival on the Alpe di Mera in Valsesia and on 29 May with the departure from Verbania.

There will be many cyclists from Piedmont competing on the roads of the “Pink Race”: from Filippo Ganna from Verbania to Egan Bernal from Colombia, resident in Canavese; Fabio Felline from Turin, Matteo Sobrero from Alba, Jacopo Mosca from Savigliano and Umberto Marengo from Giaveno.

Watch the video of the Great Departure