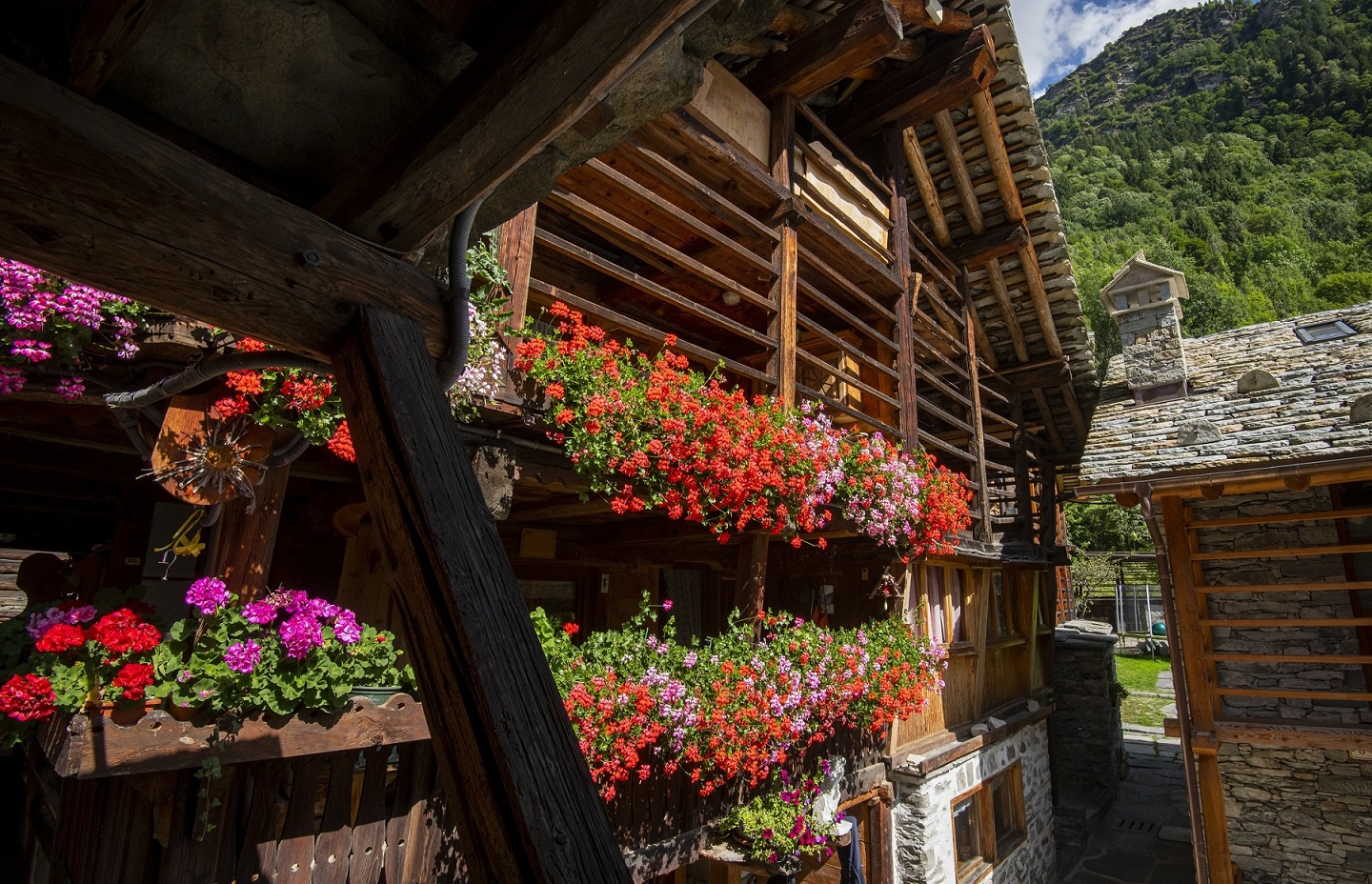 Valsesia possesses a timeless appeal that wins over people visiting for the first time and entices those who have come here before to return. It is traversed by the river Sesia, which originates in Mount Rosa and descends towards the Po Valley with impetuous waters which are perfect for river sports fanatics to enjoy canoeing, rafting, hydro-speed and canyoning. Deemed the greenest area in Italy, Valesia welcomes you to an ecosystem of valleys, peaks, splendid natural amphitheatres and protected areas which showcase a wealth of flora and fauna and are perfect for nature photography lovers. Due to these qualities, in 2015 Valesia was included in the UNESCO's Biosphere Reserve and Immaterial Heritage "Global Geoparks" network.

Here, volcanology enthusiasts can even see the system that feeds a fossil supervolcano which extends 25 km deep into the earth.

Hikers can walk 1,191 metres above sea level to Alagna. This ancient hamlet ‒ with its wooden houses, slatted-bar balconies, stone fountains and the pointed belltower of St John's church ‒ is the most traditional expression of the material culture of the Walser, the population of Germanic origin whose customs and traditions are described at the local museum, located in a lodge dating back to 1628. Situated at the feet of Mount Rosa, Alagna is one of the most popular skiing resorts for free-riding in winter. It is connected via cablecar to glaciers where you can ski year-round and to the highest shelters in Europe, such as the Margherita Hut (4,554 metres) on the summit of Punta Gnifetti. Reaching this hut is the ultimate achievement of all Alpine skiing enthusiasts who, once at the top, can take in an exceptional "Himalayan" landscape.

Walking along the old streets and mule tracks, you’ll uncover another side to Valsesia: it is a land of historic spiritual walks. Discover Sacro Monte where, along the forest trail, you will find 44 chapels and the Basilica which make up this extraordinary complex of art and religious architecture. You can reach it by foot departing from the ancient hamlet of Varallo, surrounded by beautiful, rugged nature or choose to access it via the steepest cable car in Europe (this is always an exciting adventure).

If at Varallo’s gates, you take the “Colma” instead ‒ that is the road joining Valsesia and Cusio through the Pass bearing the same name ‒ you'll reach the placid shores of Lake Orta and traverse the old "Pilgrim Road" the opposite way round. In the 15th century, this is the road Cardinal Carlo Borromeo took to reach Varallo to oversee the construction of what would become the "new Jerusalem", the first of the Sacred Mountains between Piedmont and Lombardy, today a UNESCO World Heritage site.

So much sight-seeing and sport require sustenance: maybe try some bicciolani, crumbly biscuits flavoured with cinnamon, cocoa and cloves, or other local delicacies, which combine the rice of the Vercelli plain to the flavours of Alpine cuisine: from moccetta (thinly-sliced chamois thigh) to miacce (a sweet or savoury dish, similar to crepes, heated on a double iron plate) or uberlekke (boiled mixed meat with a selected of seasoned vegetables). We recommend accompanying these dishes with a robust Gattinara DOCG, a Bramaterra or a Coste del Sesia DOC.