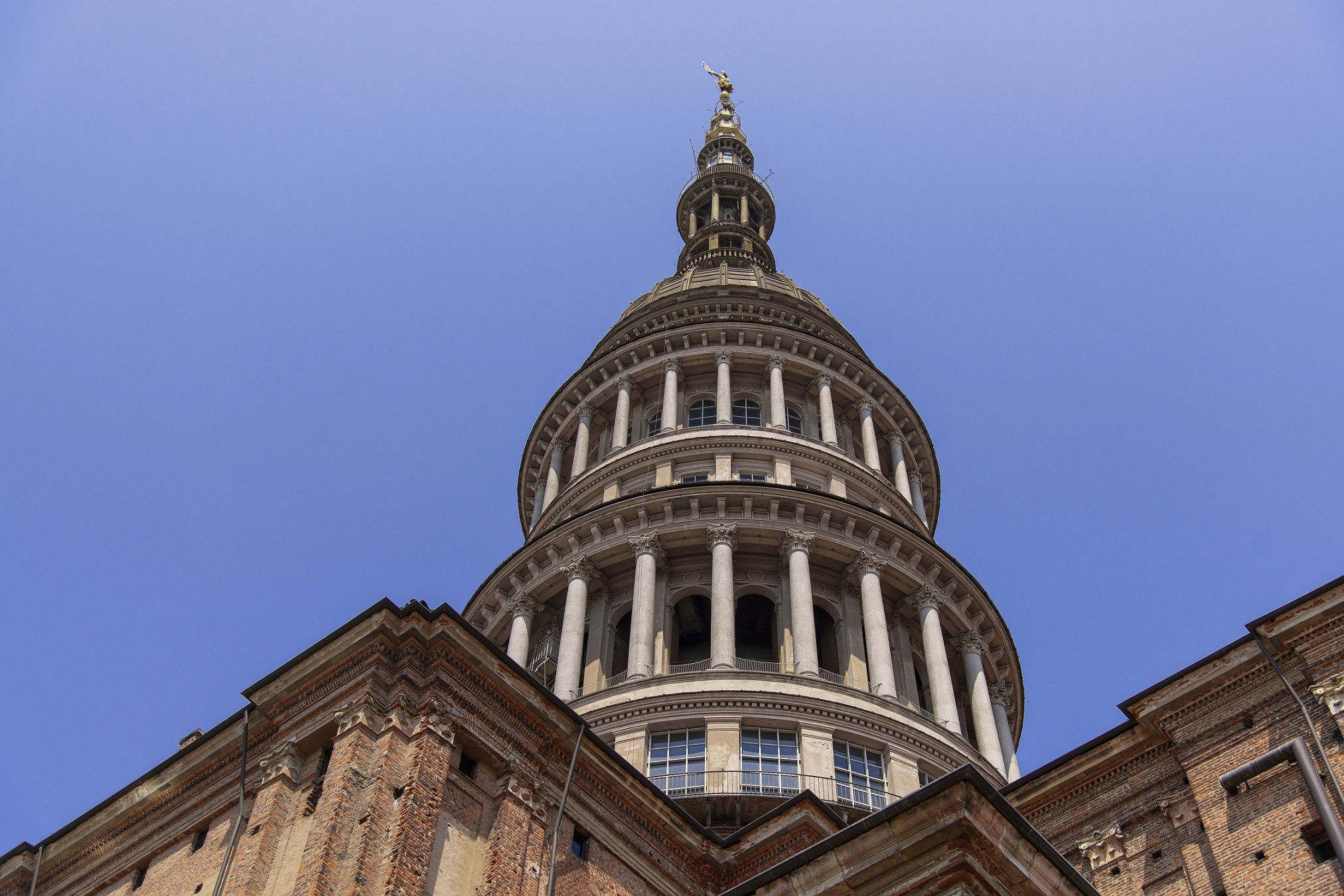 The area around Novara is a picture-perfect water landscape against the backdrop of vineyard hills, rural villages and castles. Situated between the Sesia and the Ticino rivers, surrounded by plains and rice fields, Novara is an elegant city in the shadow of the Basilica of Saint Gaudenzio's tower dome (with its 121 meters is reckoned as the hightest brick dome in Europe), a landmark in the city built by the brilliant engineer-architect Alessandro Antonelli. Strolling around the historic medieval centre, you'll discover small cobbled streets and squares surrounded by ancient arcades, along with the early Christian baptistery (dating back to the IV-VI century) in the foursided portico facing the Cathedral, the defensive ramparts and the monumental Broletto's complex (XIII century) up to the Castello Visconteo-Sforzesco, an original 13th-century tower house which nowadays hosts an active cultural center.

Just outside the city, a network of itineraries leads from the "rice fields to the Mount Rosa" on foot or by bicycle along the Canale Cavour's towpaths, the great hydraulic engineering work connecting the Po to the Ticino river, up to the sixteenth-century Villa Picchetta in Cameri and the Castello Sforzesco in Galliate. On the roads along rice fields and irrigation ditches,  you will spot parishes and monastic complexes (such as the beautiful Abbey of San Nazario and Celso in San Nazzaro Sesia), up to the vineyards on the hills and ancient cellars that preserve the precious DOC wines Boca, Fara, Colline Novaresi and Sizzano, along with Ghemme and Ghemme Riserva DOCG, a wine renowned since the time of Pliny the Elder. Birthplace of Alessandro Antonelli, Ghemme today is part of the "Cities of Wine" and "Cities of Honey"'s national network.  Its medieval "ricetto" (the only one fortified village still inhabited in Piemonte) shows a maze of quiet cobbled streets and stone houses with fine exterior frescoes (among which the stunning 15th-century Deposition, now preserved in the Civic Museums of Novara). The Via Francisca Novarese (a branch of the "Via Francigena") is the medieval path connecting the city to the Simplon pass in nine steps, through a landscape of lakes, plains and valleys.

So rich the landscape, so rich the food culture, with dishes such as the traditional "paniscia", a first course made of rice with a touch - in the local variant - of lard, beans and vegetables, a generous glass of red wine and the “salam d 'la duja ”(a classic salami preserved in lard in a small terracotta jar called "duja"). The "tapulon" (donkey stew with spices) and the Gorgonzola are also not-to-be-missed in the area (Novara hosts the Consortium for the Protection of Gorgonzola cheese, while in Cameri you find even a Confraternity devoted to the yummi PDO product).

For sweets-lovers , the Biscottificio Camporelli in Novara has been churning out since 1852 the "biscottini di Novara", handmade cookies inspired by a 1500 nun's recipe. Loved by artists like D'Annunzio and Carducci, these delicacies are extra-light (only 2 grams each) and twice backed. The "San Gaudenzio's bread" is a traditional dessert with the consistency of a "panettone", made with a vanilla-flavoured filling of raisins, almonds and chestnuts.