5 #PiemonteStories: The Monferrato of Alessandria 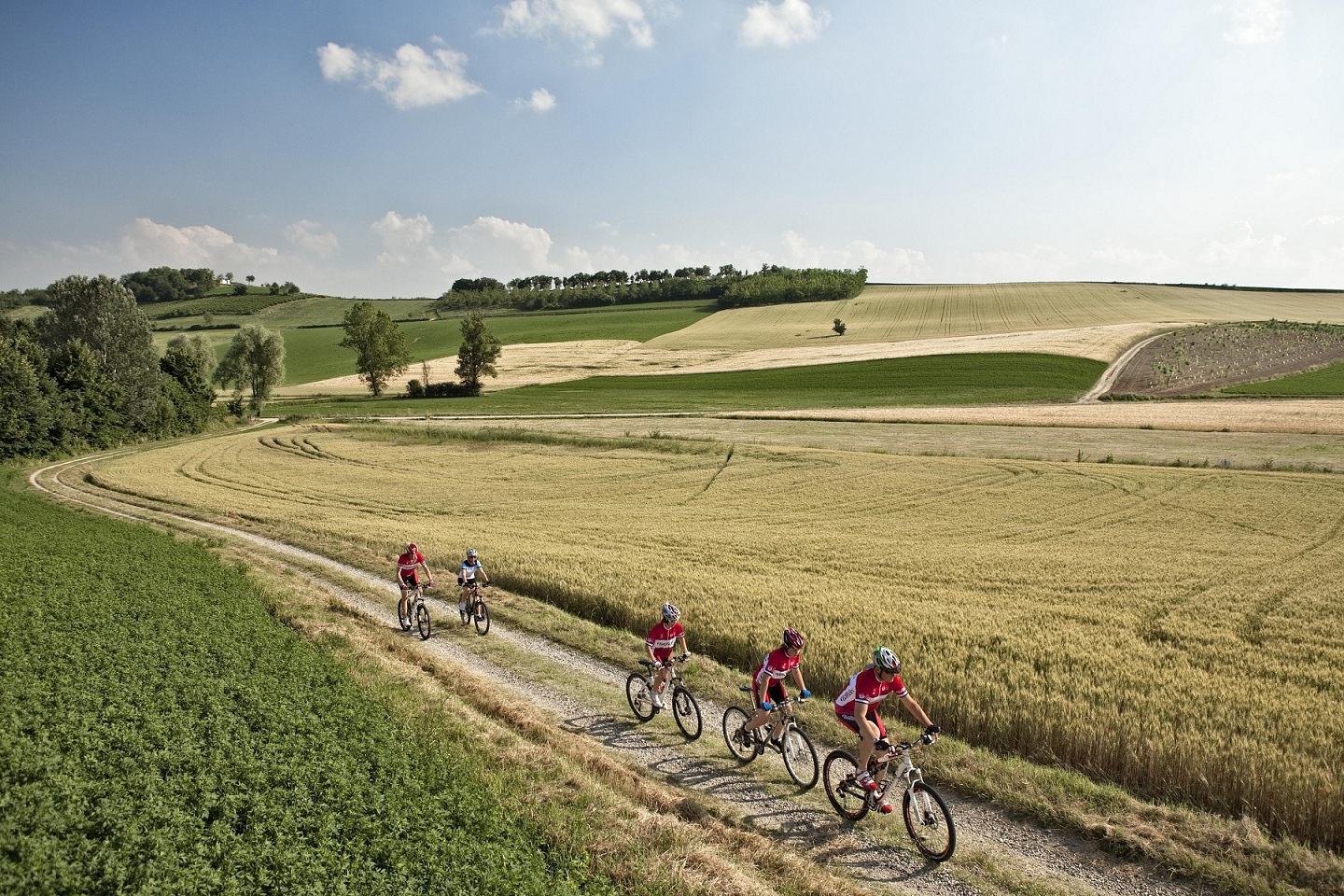 From Valle Bormida to the Ligurian Apennines, the Monferrato of Alessandria is a succession of vineyards and medieval hamlets, rolling hills and distinctive ravines, reminiscent of the Tortonese area. This land of castles (almost 100, if we count antique manors, fortified residences and strongholds such as the imposing Gavi Fortress) can be explored bit by bit on foot or along a network of cycling paths which traverses plains and slopes, and which reminds us of the epic undertakings of cycling legends (starting from the unforgettable Fausto Coppi).

The physical effort required for the exploration is rewarded with food and wine thanks to tours such as the High Monferrato Wine Tour, which unwinds through Ovada (the area of the Dolcetto and Barbera DOC), Novi Ligure and Gavi (the lands of the Cortese di Gavi DOCG), Acqui Terme (the area of the Dolcetto DOC and Brachetto DOCG) and many other smaller hamlets. You'll find many vinicultural businesses and farmsteads in Monferrato, but a real gem of the Low Monferrato are the "infernot", small spaces dug out of the distinctive local calcarenite stone, which are located in several municipalities of this area. To learn the history and traditions of theses hypogea used for ageing wine, you can visit the Cella Monte Eco-Museum, then maybe enjoy a wine tasting with the owners of one of the wineries (since 2014, the infernot are a UNESCO World Heritage Site). These are open to the public and many are located in Camagna, Frassinello, Olivola, Rosignano, Sala Monferrato, and towns as far as Vignale.

Every year in summer, on one of the highest hills of the Monferrato, the Vignale Monferrato Festival transforms this ancient medieval hamlet into an international dance stage. Right in the centre of Vignale is the eighteenth-century Palazzo Callori, the seat of the Regional Winery of the Monferrato and home to the restaurant bearing the same name. It is the best place to enjoy a wide selection local sweet and savoury specialities, which are the perfect accompaniment to famous wines or scented and herb-infused grappas, all preserved in the historic tuff wineries.

Alessandria's Monferrato region is also highly sought-after by connoisseurs of white truffle, which is also referred to as "white gold". Every year, between October and November, its intense aroma fills the streets of the hamlets and towns from Cella Monte (in Valle Ghenza) to Val Curone, Bergamasco to Murisengo and Acqui Terme, and also on the occasion of the many regional and national fairs, including the Feast of Baudolino dedicated to the patron saint of Alessandria.