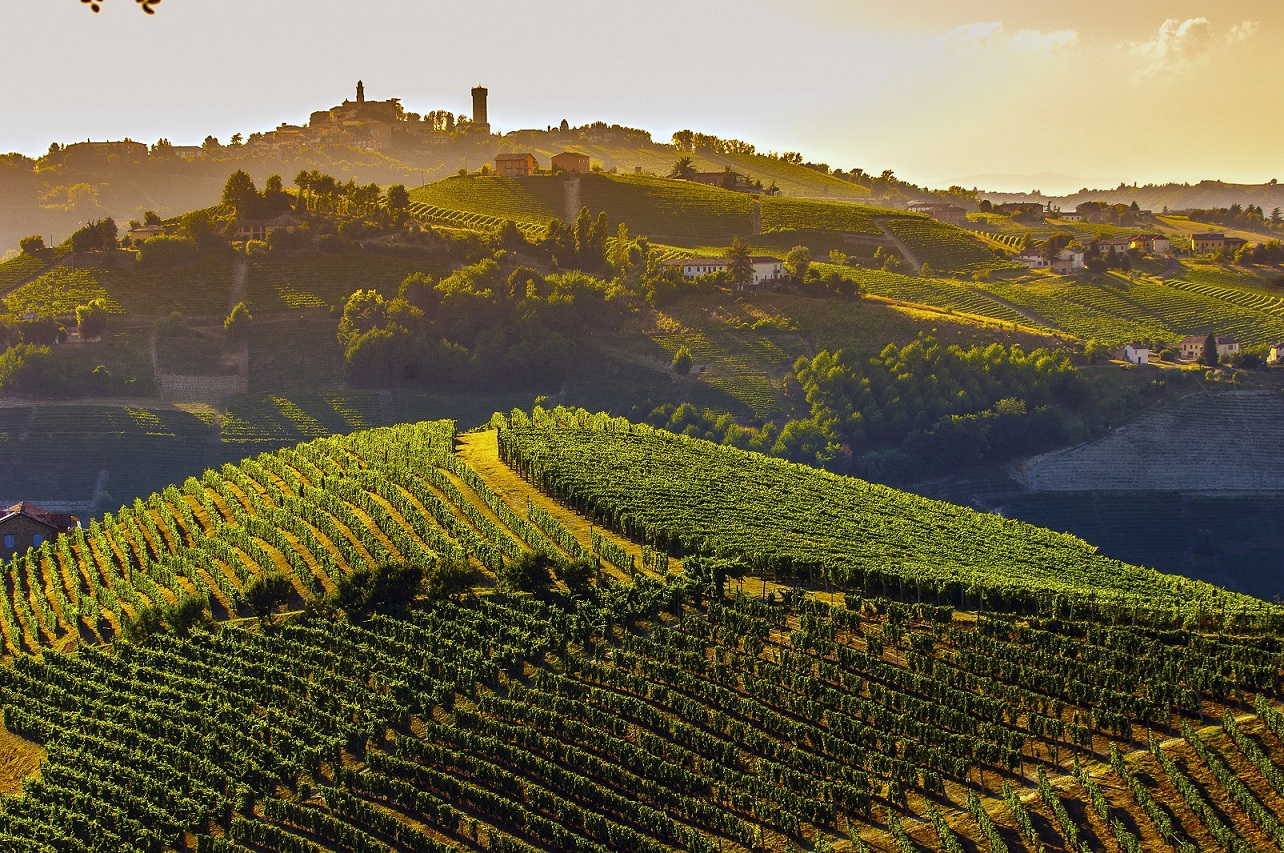 Romanesque and Baroque masterpieces and wonders made up of taste, craftsmanship and hospitality: a journey through the Astigiano area is an all-round experience, which leads between the Po and Tanaro rivers, along the Via Francigena on the traces of the European pilgrims heading to Rome and the Holy Land.

Do not miss the Abbey of Vezzolano in Albugnano, the most important Romanesque Gothic monument in Piemonte, with a Lombard Romanesque facade in terracotta and sandstone. The interior of the abbey, dating back to the XI century, has Gothic forms and features one of Piemonte's most ancient fresco (14th century), as well as the permanent exhibition devoted to the Romanesque artworks set up by the Sovrintendenza per le Belle Arti del Piemonte (Superintendency for Fine Arts of Piemonte). At short distance, a visit to the world famous restoration laboratory Nicola di Aramengo is highly recommended.

In the rural landscape around lies the "golden triangle" made by three Monferrato villages: Montechiaro with the Church of San Nazario, Cortazzone with the Church of San Secondo and Montiglio with that of San Lorenzo. In this area, in just a few kilometers, up to beautiful hills, you can immerse yourself in a aura of Romanesque beauty visiting the parish churches of San Lorenzo di Montiglio (XII century) and San Secondo di Cortazzone (built in the XI century, as well as its small Romanesque village, which has remained unchanged over time. In the same area you find the village of Montechiaro, with the parish church of Santa Maria Assunta di Pisenzana, and the church of Saints Nazario and Celso, in Castel Mairano.

In Montemagno the church of San Vittore is well worth a visit for its suggestive ruin preserving an apsidal semi-basin and the bell tower. Moving towards south, take a break to visit Monastero Bormida, the village founded by the Benedictine monks in the 11th century. Among the Romanesque noteworthy architectures in the area, the bridge over the Bormida river is one the most interesting medieval civil engineering works in the area.

Not far away, Roccaverano, the village which is famous for its Robiola PDO, a Slowfood Presidium, is characterized by the church and the bell tower of San Giovanni, a Romanesque building with XV century frescoes. In Calamandrana, San Giovanni delle Conche is an authentic country church on a hill among the vineyards, with 15th-century frescoes by the Ligurian School of the Monregalese area (near Mondovì).

On the road to Rocchetta Tanaro, have a look at the Romanesque parish church of Santa Maria di Flexio. In Rocca d'Arazzo you can admire one of Asti Romanesque's gem: the parish church of Santo Stefano and Santa Libera, on a hill overlooking Asti and Monferrato's hills to the Alps, with the peaks of Monviso and Monte Rosa on the background.

In Portacomaro the parish church of San Pietro stands out on the road that leads to Scurzolengo. Castell'Alfero (dominated by the castle, an elegant Baroque residence) preserves the church dedicated to the Madonna della Neve.

The main city Asti has retained much of its Romanesque core, such as the clock tower of the Cathedral of St. Assumption, the Collegiate Church of San Secondo and the complex of San Pietro in Consavia, built as a reproduction of Jerusalem Holy Sepulcher, which is a magnificent example of Asti Romanesque style, characterized by the duotone of brick and sandstone.

But the town is above all a Baroque triumph. Palazzo Ottolenghi, which hosts the Museum of the Risorgimento, with the main staircase, the reception room, the hall and the atrium and two large valuable paintings. Palazzo Civico, whose medieval structure was changed in 1727 by the architect Benedetto Alfieri, who left his architectural mark on the building.

Between 1751 and 1752 Alfieri also worked on the construction of Palazzo Mazzetti, Palazzo Gazelli di Rossana and Palazzo Alfieri, the birthplace of the playwright Vittorio Alfieri.

The entire territory of Astigiano, crossed by the Astesana and the Alto Monferrato wine routes, offers a broad range of food and wine events throughout the year, giving an extra touch to the cultural itineraries: from the “polentone” of Bubbio ( the great polenta in Bubbio) to the many festivals of local products, up to the famous Douja d'Or of Asti, which every September celebrates the viticultural heritage of these land.