15 #Piemontestories: on the road of the ancient marquisate of Saluzzo 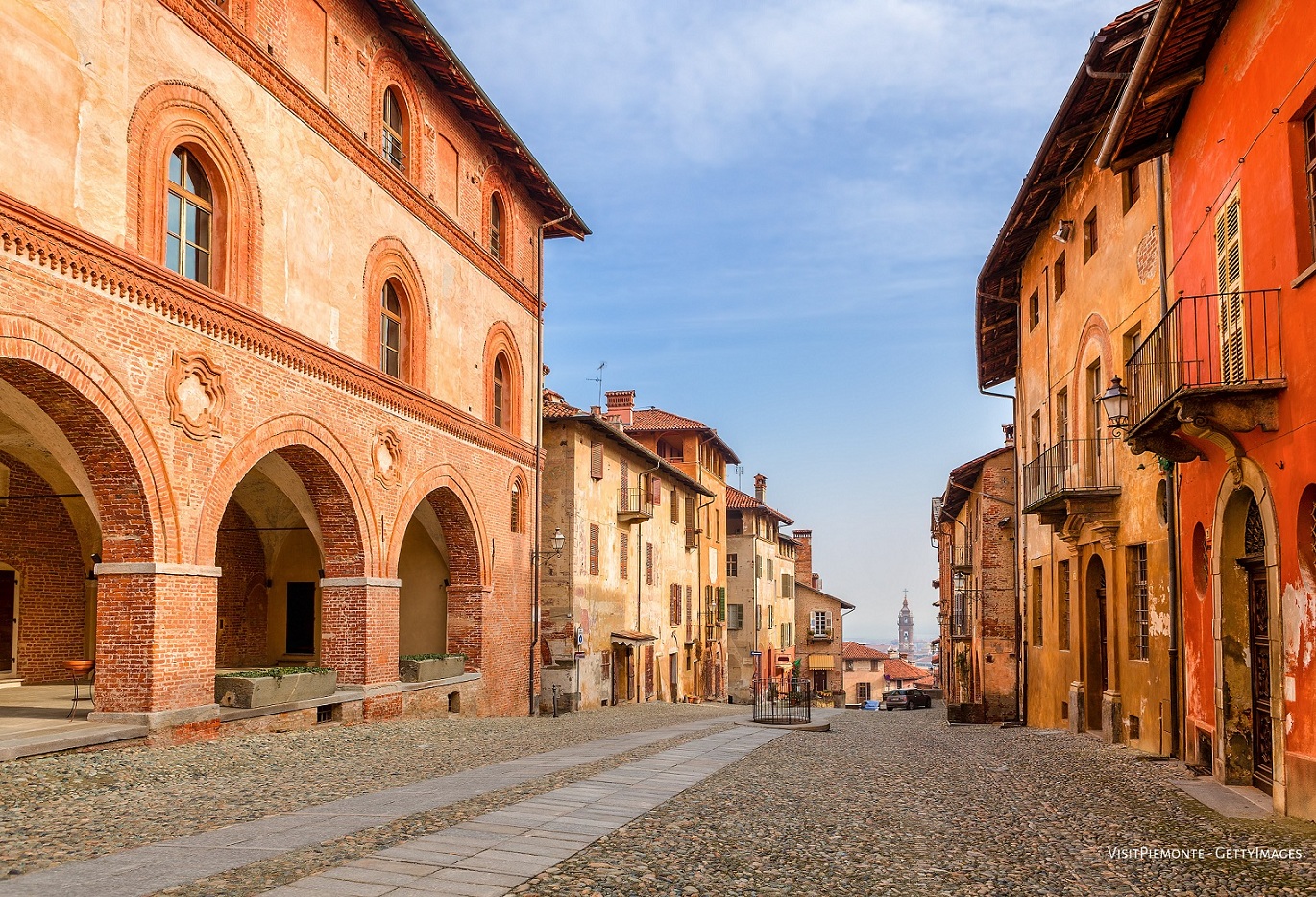 Discover the enchantment of an ancient marquisate in the heart of the "Great Province" (the Cuneo area is the biggest province of the region), between plains and hills, with Monviso acting as a backdrop.

Since the Middle Ages, Staffarda abbey, an architectural Cistercian gem with marvellous acoustics which features on the calendar of musical groups and choirs from all over the world, has been the thriving centre of the Saluzzo countryside.Built in 1135 on the lands donated to the monks byMarquess Manfred I of Saluzzo, the complex of Santa Maria,characterised by grey bi-chrome stone and red brick,is one of the best testaments to theRomanicstyle. The interiors showcase a wonderful collection of artwork from all over Europe, including the Polyptych by Pascale Oddone and the wooden group of the Crucifixion (16th century).

Seat of the Natural Park of the Monviso and ancient capital of the Marquisate, Saluzzo is a small gem nestled between cultivated plains (which is whySaluzzois called the "city of fruit"), hills and the access point to the Occitan Valleys. It is the only Piedmontese Municipality included on theAuthentic Hamlets of Italy list; it is one of 24Sustainable Hamlets, a national pilot-project which comprises 24 perfectly-preserved municipalities, which stand out for good practices of sustainable tourism. Saluzzo, which for over 40 years has housed an important International Antiquities Exhibition, boasts a historic wrought iron and wood carving tradition, as attested on the manygates dotted around the historic centre. Casa Cavassa, now the Civic Museum, is a splendid 15th century palazzo which reveals in great detail the subsequent Renaissance-style refurbishment: from terracotta frames to the alternating Renaissance-style crosswindows and Gothic ogives and - indoors - low beam ceilings, furnishings, furniture and artwork such as the series of the monochrome frescos dedicated to the Labours of Hercules and the table of the Virgin of Mercy (both by Flemish artist Hans Clemer). On the ascent to the castle, you can admire the magnificent terracotta embellishments and the frescoes of the Municipal Palazzo, the 15th century Palazzo delleArti and finally Castiglia, the castle with the circular fortified tower (the only part left of the ancient complex), today the seat of the MuseodellaCiviltàCavalleresca e del MuseodellaMemoria Carceraria (lit. Museum of Chivalry and the Museum dedicated to Prisons).Then there is Casa Pellico, which attests to the afflicted Renaissance era, and it is where famous poet and patriot Silvio Pellico was born.

After this feast for the eyes, it's time to tickle the taste-buds with a simple, yet tasty merendasinoira which features delicious tomino cheese from the Saluzzo Valleysandcrunchy slices of home-made bread, accompanied by a glass of Pelaverga, Quagliano or Chatus (DOC wines from the native historic vines of the Saluzzo hills).

Heading back up the hills to the south of Saluzzo towards the hamlet of Manta, you will spot the Castle (which today is F.A.I. heritage). Created as a house-fortress in the 13th century and then transformed into a noble residence by Valerano from Saluzzo, the son of the MarquessTommaso III of Saluzzo, it preserves its "crown jewel" in the Baronale Room: the cycle of frescos dedicated to the nine Heroines and the nine Worthies, depicted almost in life-size models next to the legendary Fountain of Youth.This is a rare and wonderful example of the secular painting of the time, inspired by the chivalric world and ideals. Paying tribute to the mannerist flair of the late sixteenth century is the Sala delleGrottesche, worth visiting alongside the Room of the Hunting Trophies, the spacious kitchen and the restored canteens dug out of the tuff. Not far away, Revellois a precious addition to the artistic itinerary, with Palazzo marchionale’sporticoed courtyard and itsentirely frescoed late-Gothic chapel. Nearby, you find the public loggia and the Collegiate of the Assunta, with its beautiful marble Renaissance gate and its eight-storey high bell tower. The inside space houses polyptychs of extraordinary historic-artistic value: the Polyptych of Saint Peter and Paul by Hans Clemer (15th - 16th century) and the Deposition and the Holy Trinity by Pascale Oddone, both dating back to the 16th century.

On the road to Fossano, the ancient hamlet of Savigliano stands out for its civic tower and some beautiful Gothic style buildings located in the central square (dedicated to the Renaissance hero Santorre di Santarosa) against the scenic backdrop of the arch of triumph erected in the 16th  century to celebrate the entrance of the Savoy dukes to the city.Just outside the city, there is an authentic gem for train enthusiasts (and not only): it is the Train Museum located on the premises of the oldest train plant in Italy (la SocietàNazionale Officine di Savigliano), established in Turin in 1880. Here, the history of the steam revolution is told through documents, photographs, historic evidence and furniture dating back to the late 19th century, but its most impressive section is to be found in the open-air space. Along the train tracks of the two former stations, connected to the train network and fitted with wide pavements, you can hop on board over 60 Italian and European models of locomotives, carriages and historic trains which are still functioning - just like in a real station of that time.

On a natural terrace overlooking the Stura di Demonte, you'll find Fossano with its emblem - the imposing castle with its four red towers built by Filippo of Savoy, Prince of Acaja, when he took the city from the Marquis of Saluzzo in 1314. Divided into a higher and lower part, today the urban centre is made up of seven beautiful hamlets, which every summer compete in the "Hamlet Palio": three days of music, flag-waver parades and colourful contests that culminate in the race of the steeds and the Giostradell'Oca (the Goose carousel). Over the years, the city has also becomethe headquarters of the much-loved choir festival "Vocalmente", which attracts stars and enthusiasts of a cappella music from around the world.

Outside the city, those who love outdoor excursions and birdwatching will enjoy adventuring in the natural oasis of the Madonnina, in Sant'AlbanoStura, fitted with watchtowers, a turret and huts to observe over 200 species of birds which populate the habitats and the humid areas recreated along the Sturariver. If you are thinking of a mountain bike trip, thenValle Gesso e Stura Natural Parkis the place to go, with its cycling lanes along a loop trail whichconnect the ForoBoario in FossanotoCentallo, Castelletto, Stura, Cuneo, Montanera, Sant'AlbanoStura and Trinità.