13 #Piemontestories: a treat for the tastebuds in the vineyards of Boca and Ghemme 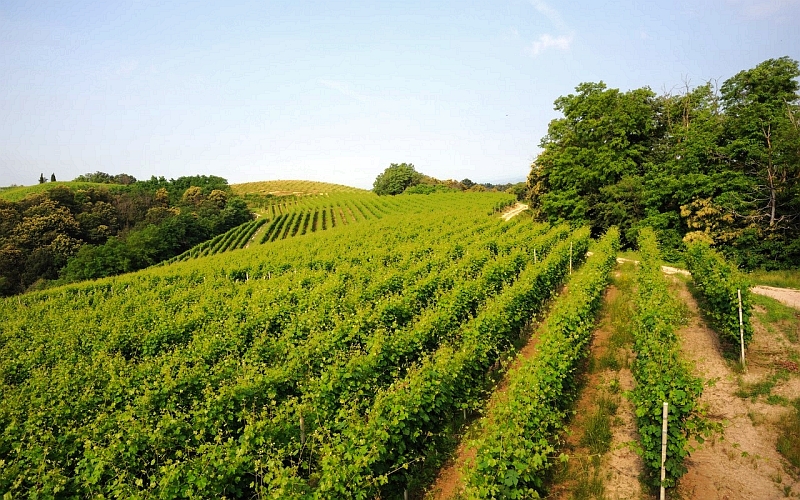 It appears that even Pliny the Elder praised the wines of the Novara hills in his work "Naturalis Historia" at the time of the Roman Empire. Here, the peculiar climate and land give life to Ghemme DOCG (also as a Reserve wine) and 4 DOC wines: Boca, Fara, Sizzano and, the most recent addition, Novara Hills. Then there's the spumanti and straw wines that some wine producers make with Erbaluce grapes. Visits to the vines and canteens offer pleasant opportunities to discover the rural orators, Gothic churches, parishes, fortresses, castles, towers and medieval hamlets. The most famous hamlet in the area is the Ricetto of Ghemme, one of the best-preserved fortified structure in Piedmont. Ghemme also houses the International Library of Aquavit and the Liquors: the connection to spirits is so consolidated here that a famous local business has even created a cosmetics line called Acquavite&Beauty. On the southern tip of Lake Maggiore, in Gattico, the Stronghold of Angera houses the Museum of Dolls and Toys and a medieval garden, completely rebuilt from a historic and botanic point of view. Worthy of mention are also the castles of Briona and Fara Novarese; the former is linked to the life of a man who allegedly inspired the character of Don Rodrigo in the famous Italian novel  "I PromessiSposi" (The Betrothed) by Alessandro Manzoni.

For all those who love the "green", another attraction are the two famous golf clubs which offer 18 and 27 state-of-the-art holes, and rank among the top 10 courses in continental Europe.

And even if the Novara Hills remind you specifically of wine, we cannot forget the other products of the land such as rice, cold cuts and especially Gorgonzola, the DOP cheese exported all over the world, 65% of which is produced in Novara.